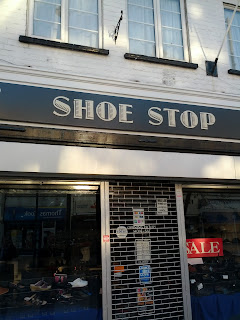 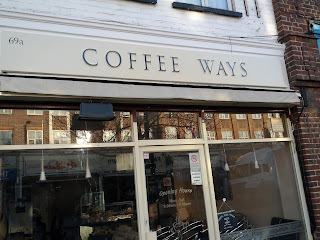 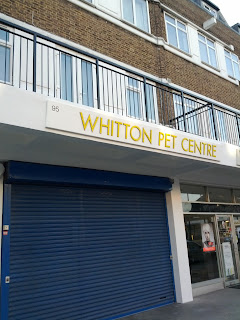 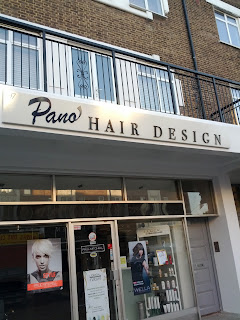 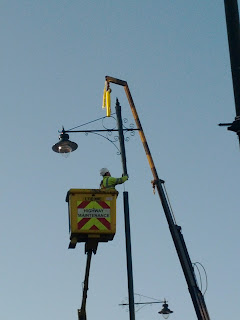 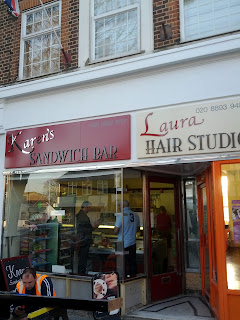 Posted by Gareth Elliott at 00:41 No comments:

A new centre of educational excellence could be established at Richmond upon Thames College, including the creation of a new secondary school.

Richmond Council has agreed to work in partnership with the College to carry out a full feasibility study, considering all the options available for the Egerton Road site.Over the past year this Council has emphasised its commitment to increasing secondary school capacity in order to ensure quality and choice for all residents.  As demand for borough primary schools increases; the quality improves across current secondary schools and sixth forms are created, a higher percentage of local families are choosing a Richmond secondary school.

Since January, residents have been consulted over plans for one new school on the Clifden site. However, there will still be a longer-term demand for additional places. Over the next six months Richmond upon Thames College will work with the Council to consider all the options to create a new educational vision for the College, including what can be done to improve the college buildings and investigate if a new secondary school could be accommodated on the site.

“There has been much debate over the past few months about the prospect of a new secondary on the Clifden site, and rightly so. Few issues are asimportant to our borough as education. We have always said that we may need two new secondary schools in the medium to long term to meet future demand and this partnership opportunity provides us with the chance to explore the possibilities.

“We are already working closely with Richmond upon Thames College. The College already provides a very broad range of excellent educational options for students and we are keen to work with them to protect and develop their unique and important role in the borough.“The feasibility study will look at all the options. It will not just consider creating a new secondary school but will look at how we can work together to make the best use of the site – with the aim of creating a high quality secondary and post-16 educational centre of excellence that will benefit the whole of Richmond upon Thames.”


“The College is delighted to be working with Richmond Council on this feasibility study.  The opportunity to be part of an educational centre of excellence with the College working in direct partnership with a new secondary school is one we look forward to exploring.”

Posted by Gareth Elliott at 00:57 No comments:

After nearly two years the Car Showroom redevelopment has been granted planning approval.

As many will know I fought with local residents to bring about this redevelopment but last year it failed to get planning permission. With a new design that is in keeping with the 1930s look and feel of the High Street this new application has proved successful.


At present we do not have confirmation of the tenant who will occupy the site once developed but the plans will not only substantially renew the old car showroom with an impressive new building for Whitton, but the development also brings new housing stock onto the High Street.


The development is evidence that the High Street renewal is in full swing and confirmation that the Uplift strategy adding to Whitton's attractiveness as a place to invest.
Posted by Gareth Elliott at 06:10 No comments:

Over 200 young people from Whitton schools entered an art competition to celebrate their local High Street.
‘My Whitton High Street’ was a competition organised by the Whitton Town Centre Manager, Whitton Business Association and Richmond Council. It is funded by the Mayor’s Outer London Fund, where the borough received £1.2m to redevelop high streets.
In Whitton, £361,200 has been allocated to make repairs and alterations to shop fronts, replace street lighting to restore the 1930s character of the area and animate the town centre with visual arts.
Over the past few months, children from St Edmunds, Nelson Road, Heathfield Juniors, Bishop Perrin and Chase Bridge Primary Schools have been drawing their favourite shop, café or restaurant and writing up what they like about it.
Forty two prizes across different age groups were awarded at a ceremony on Saturday.
Cllr Gareth Elliott, Whitton Ward Councillor and Competition Judge, said: “I was quite overwhelmed by the response to this competition and the talent on show. We have some budding young artists in Whitton. I would like to congratulate all those who took part and all our local schools who have added colour and vibrancy to our Village.
As a former pupil of St Edmunds it was wonderful to see such a strong showing from my old school but congratulations go to everyone. A BIG WELL DONE FROM ME!”
Cllr Pamela Fleming, Richmond Council Cabinet Member for Communities, Business and Culture, said: “In the All in One survey, residents in Whitton expressed the view that they wanted an opportunity to explore, celebrate and express the identity of their local area.
“As part of this, last year Whitton had an artist in residence, who worked with the community to create work that is inspired by local memories, hopes and aspirations.
“This competition aimed to work with younger members of the community and help them be inspired by the place in which they live. I would like to congratulate the winners and all those who took part.”
Bridget Clements, the Town Centre Manager, and one of the judges added:
“It was fascinating to see what the children liked about their favourite shop along the High Street, and great to see so many wonderful visual and written expressions of their creativity.  It was also interesting to see the wide range of shops, restaurants and cafes they chose – demonstrating how much we have to offer.
“We had a great turn out on Saturday for the awards ceremony which was organised at the library and we thank the school teachers who helped to make this happen.”
Entries were judged by Bridget Clements, Liz Brown (Manager of the local library) and two local ward councillors – Cllr Elliott and Cllr Jaeger.  All entries are on display at Whitton Library until the end of March.
Posted by Gareth Elliott at 06:36 No comments:

Richmond Council has acted to save the 1930s and 40s character of a high profile stretch of Whitton High Street, by giving greater protection and recognition to the buildings.
The stretch of shop units which are now occupied by Lidl and Kneller Furnishings were built in 1939 and until recently had existed as individual shops, apart from during World War Two, when two units were used for a fire station.
Although the façade has changed recently, the Council believes there are still distinctive art deco features including flagpoles, corner styling and a parapet. Formal Building of Townscape Merit status has now been conferred on them.
Cllr Gareth Elliott, Whitton Ward Councillor, said: “This is excellent news. For too long Whitton has been neglected by Liberal Democrat Councils. By bestowing the status of ‘Building of Townscape Merit’ this Council is recognising the unique character of Whitton Village and its Town Centre. Combined with the Uplift works we are giving Whitton the tools it needs to attract new shops and investment.”
Cllr Virginia Morris, Richmond Council’s Cabinet Member for Environment and Planning, said: “We are working hard to restore the character of Whitton and make it a place people enjoy shopping in. By acting now to protect these buildings, we can make sure these features are kept for the future.
“We’re in the process of installing the new 1930s style lighting to create a distinct ‘look’ for the high street, but protecting the character of the genuine architecture that is already there is just as important. When people look upwards past the Lidl signage, hopefully now and for years to come they will notice a little bit of ‘the good old days’ above them and we need to protect that for future generations.
“Already some features of the buildings have been lost over time, so we have made this designation now to prevent further damage to our local history.”
As well as the shop fronts in Whitton, Latchmere House on Ham Common has also been given Building of Townscape Merit status. Work is currently underway to achieve listed building status for the property from English Heritage, after new information on its history was discovered.
Giving Building of Townscape Merit status to a property means extra consideration is taken when any planning applications are submitted. It is expected that by giving BTM status and drawing attention to the historic, architectural and street scene issues of such buildings, owners and others will regard them more carefully when considering any proposals for alteration, extension or replacement.
Posted by Gareth Elliott at 02:11 No comments: 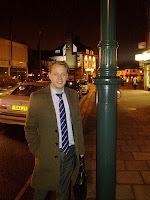 Whitton’s high street will soon be lit up by new retro-style lamp columns now that the biggest phase of the Council’s Uplift programme is swinging into action.

Around £200,000 will be spent replacing all 32 lamp columns with 1930s-style columns that will use energy efficient lighting and which will be able to host banners, hanging baskets and festive lighting displays. Work has just begun and is due to be completed by the end of March. An improvement project for shop fronts on the High Street has also just started.

Whitton ward Councillor Gareth Elliott said: "The new lamp columns represent the start of Richmond Council's uplift and regeneration strategy in Whitton. I am very happy that Whitton is being prioritised by this administration unlike the previous Liberal Democrats who were happy to allow our town to fall into ruin. We have listened to our residents and over the next couple of years we will see more improvements to Whitton including upgrading the frontages of the most unsightly shop."

The project is funded through money secured by the Council from the Mayor of London’s Outer London Fund and from the Council’s own Uplift budget. The decision to replace street lights and improve shop fronts was taken after more than 1,000 local people said in the Council’s All in One survey that supporting business, shopping in the High Street and improving the condition of the pavements was important to them.

Cllr Chris Harrison, Richmond Council’s Cabinet Member for Highways and Street Scene, said: “We’ve listened to what people in Whitton overwhelmingly said was important to them. By replacing the older street lights in favour of new ones, we hope to create a better atmosphere in the street. Together with the improvements to the shop fronts, it should lead to the High Street becoming a more enjoyable place to shop for residents, which means better trade for the businesses themselves.

“The All in One gave us a strong idea of what people actually wanted for Whitton, and where we can, we’re acting on what they said. We have this great body of evidence which shows what people believe are the priorities, so the more we can deliver, the better.”

The All in One results showed respondents felt more was needed to be done to encourage shoppers, including making the high street more attractive and improvements to parking, public transport and feelings of safety around Whitton High Street.
The new street lights are based upon a 1930s design, which are intended to assist in recreating the original look of the High Street of Whitton.

As well as replacing lamp columns and improving shop fronts, the Council will also use the Outer London Fund to support minor improvements for other small businesses in the High Street.

New high quality signage will be introduced to replace damaged signs to direct people around the town centre and into car parks.

Posted by Gareth Elliott at 00:59 No comments: