Richmond's Parks to get extra funds 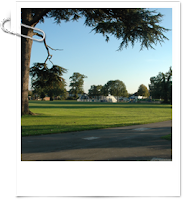 Richmond is to direct over an extra quarter of a million pounds into its borough parks and open spaces as part of its improvements programme.

The Council has announced the allocation of £258,000 funding for further schemes, on top of the £3.7m for a 3 year improvement programme already announced earlier this year. This will bring the total capital investment in Parks and Open Spaces to just under £4m over the next 3 years.

The programme hopes to maintain and increase the already high standards of the borough’s parks and facilities, create a sustainable legacy for the future with particular emphasis on ensuring that open spaces enrich the life, health and wellbeing of all residents and visitors.

The borough has the largest area of public open space per head of population of any London borough and residents who participated in the All in One survey rated the quality of their environment as a priority and highlighted the importance in protecting and improving the area’s parks and other green spaces. As a result, facilities will be improved for all residents, making parks even more accessible to residents of all ages.

Cllr Gareth Elliott, Whitton Ward Councillor, said: "Richmond is world renown for its parks and green spaces. This is fantastic news and I hope to see Whitton, an area lacking open space, benefit from this great news."

Cllr Virginia Morris, Strategic Cabinet Member for Environment, said: “We know that parks are very important to our residents, so this extra boost to funding will ensure high standards are maintained. There has already been considerable investments in all our parks which have been successful but we feel there is more that can be done to make them the very best.”

Improvements which may be carried out include improvements to pathways and towpaths, creating new signage, installing new play facilities and providing wi-fi access for park users.

The Council will work with local communities throughout the programme to establish the best ways to improve the parks and how to encourage more people to go and experience their local park every day.
Posted by Gareth Elliott at 05:12