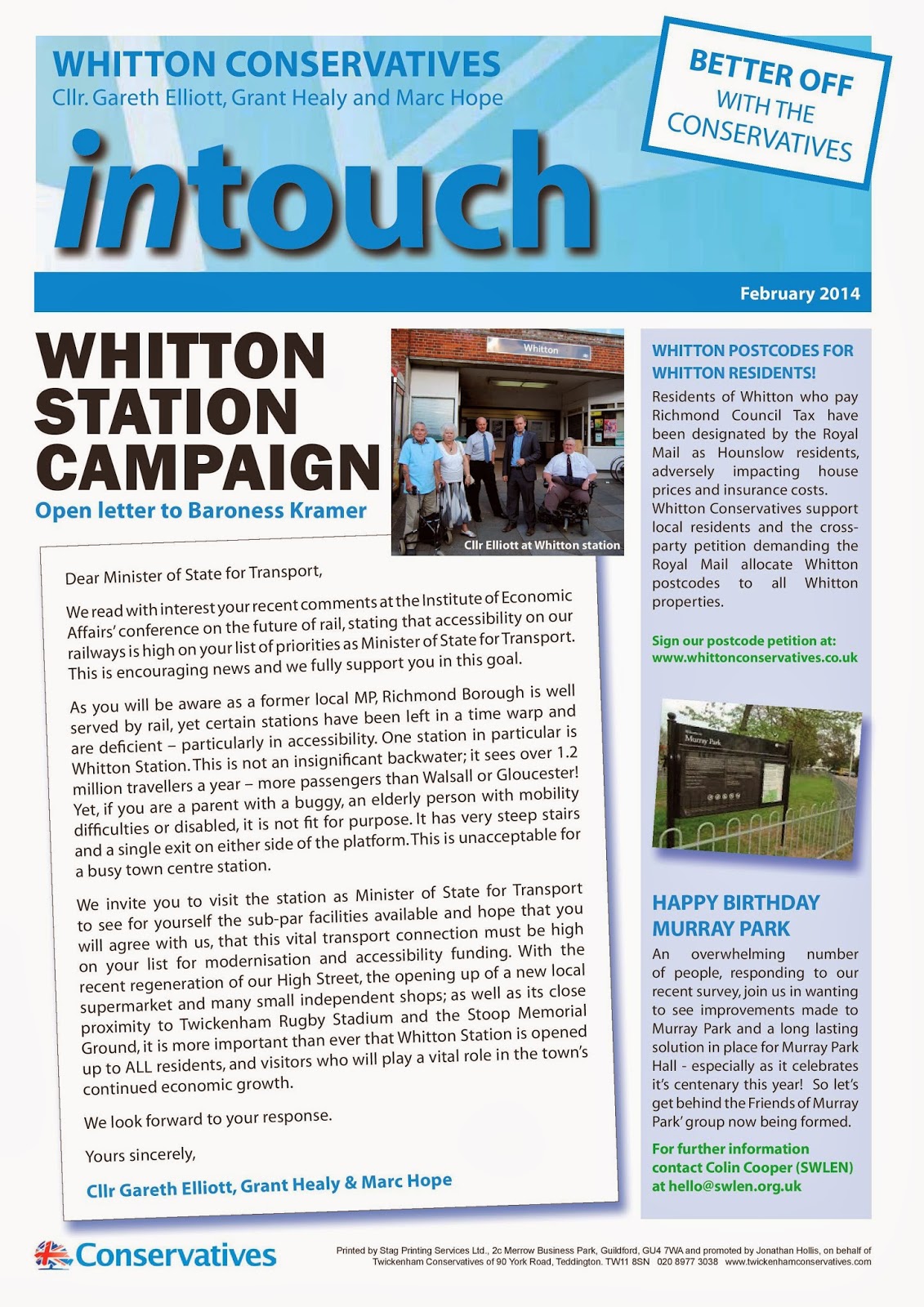 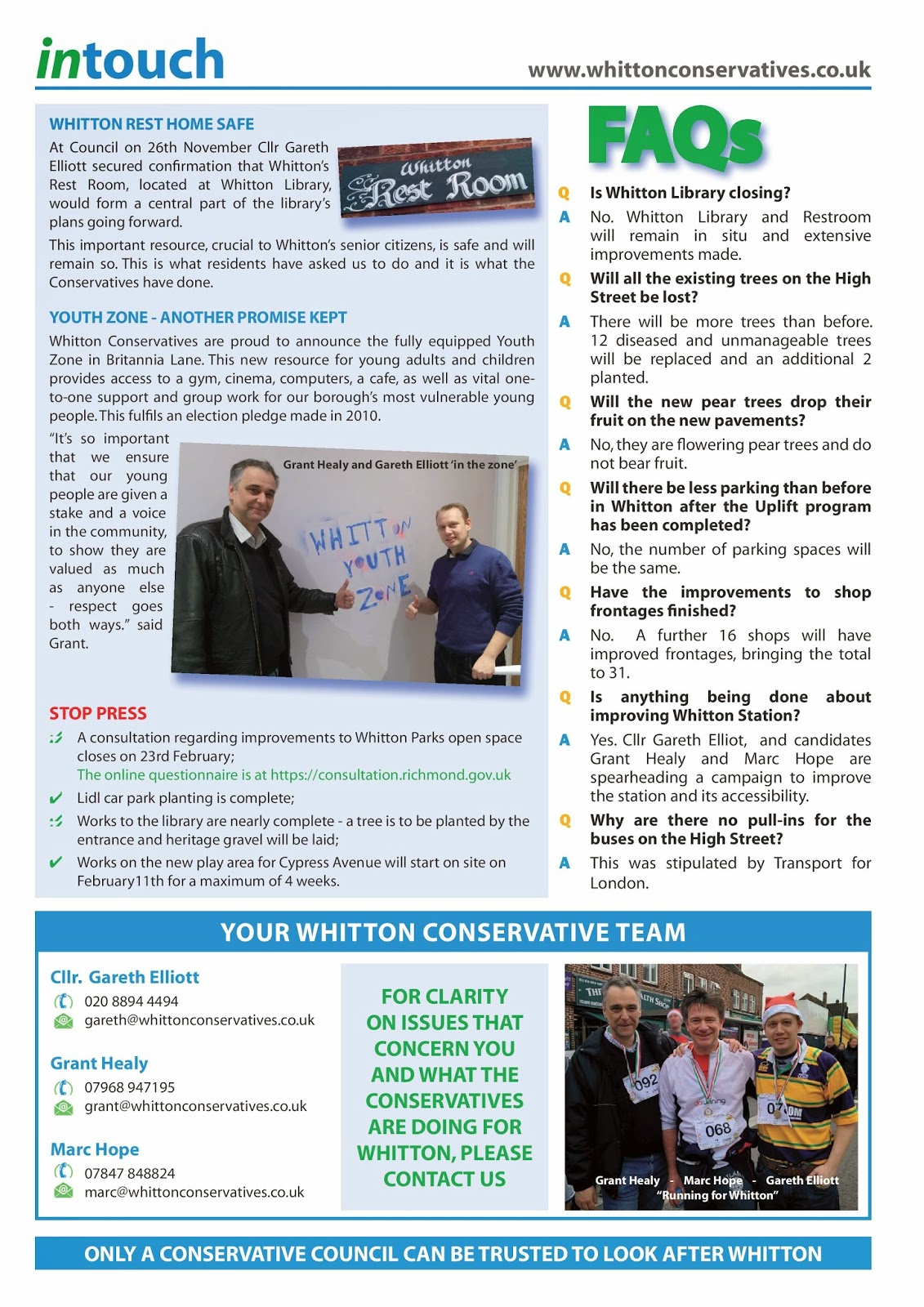 Posted by Gareth Elliott at 14:31 No comments:

At a special Council last night Sir David Attenborough was awarded the Freedom of the Borough of Richmond Upon Thames in recognition of his achievements as a broadcaster, writer and naturalist, as a resident of the Borough, and in particular, his efforts and contributions in seven decades as an innovative and inspirational advocate for natural history and a campaigner for the protection and conservation of the environment.

Cllr Gareth Elliott said: "I was honoured to be part of the ceremony to bestow the Freedom of our Borough on Sir David Attenborough. He has worked tirelessly over his seven decade bringing natural history to the masses. It was even more exceptional to hear that over and above all his travels around the world he still feels Richmond is the best place on earth. There really is no place like home."
Posted by Gareth Elliott at 03:43 No comments: 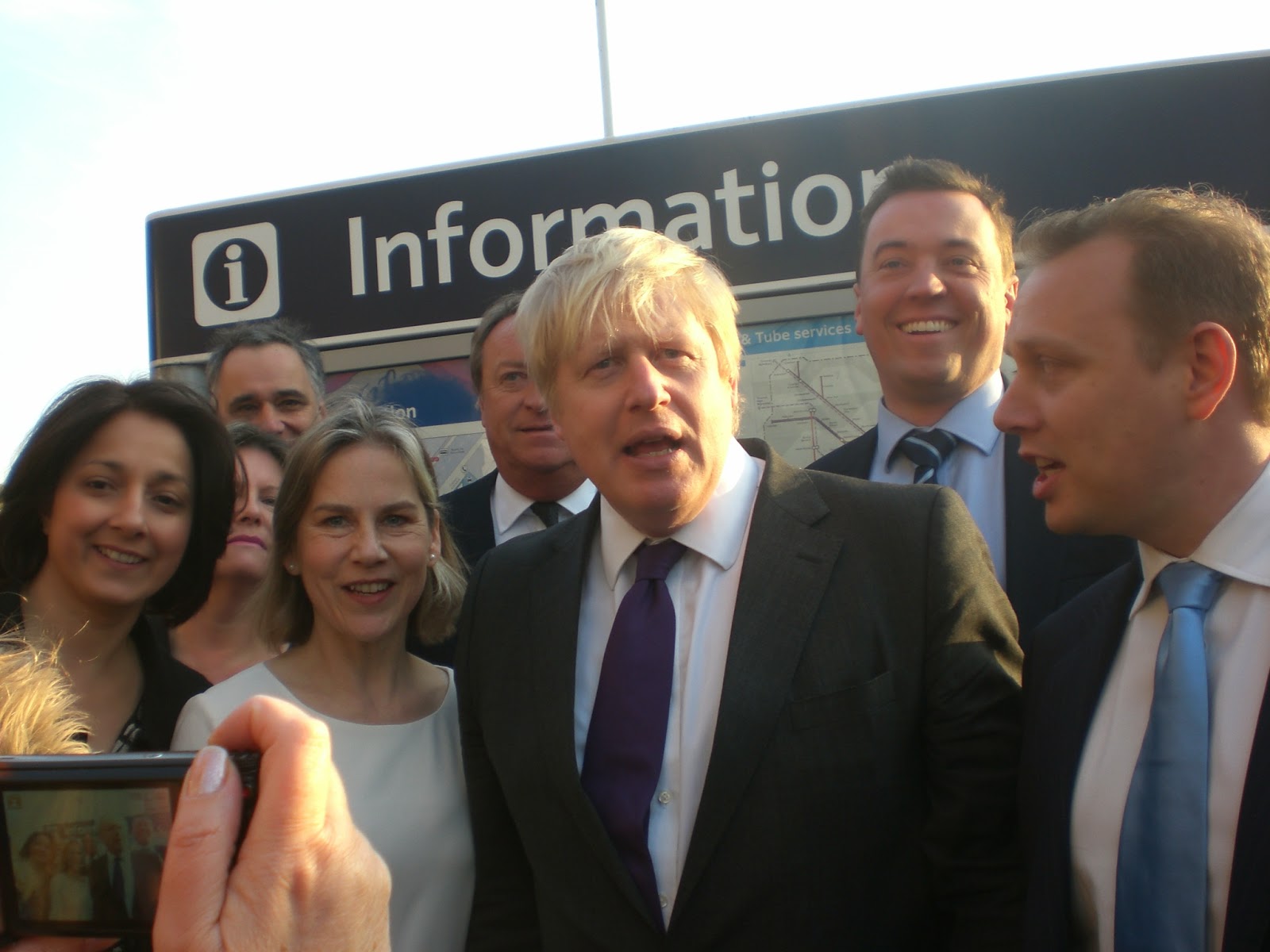 The campaign we are leading to get Whitton station uplifted is bearing fruit. Following his visit to Whitton (using the station), the Mayor of London, Boris Johnson said, in answer to question put to him by Cllr Tony Arbour during Mayor’s Question Time, “I want to get Whitton Station done. I think it will be done.”

“Its heartening that our campaign is gaining momentum,” says Grant Healy, “and that fellow Conservatives, including London’s Mayor and our local GLA representative, are backing us pro actively to bring much needed improvements to Whitton Station.”

Cllr Gareth Elliott said: "It is fantastic that the Mayor supports our campaign to improve Whitton Station. Hopefully we can now use this endorsement to encourage Network Rail and South West Trains to bring forward any considerations for updating the station."

To see the Mayor speaking out for Whitton click here to see the webcast. Fast forward to 2 hours 43 mins.
Posted by Gareth Elliott at 05:23 No comments:

On Thursday 13th March Richmond Council's Conservative Cabinet came to Whitton to meet the residents and to outline the plans for Whitton and Heathfield. In particular, the event was designed to inform people how they could get involved with shaping their local area, raise their concerns and input into the Village Planning Process.

Cllr Gareth Elliott and Whitton candidate Grant Healy were in attendance in the crowd and along with Whitton's residents ensured that the Leader and his Cabinet members heard the hot topics of Whitton.

Cllr Gareth Elliott said: "Whitton Question Time is a great initiative allowing our residents a unique forum to engage directly with the Council's Cabinet. Whitton's residents were not shy in coming forward with their views and concerns but that is exactly the point."

Posted by Gareth Elliott at 13:36 No comments:

Enjoying a Cup of Tea at Whitton Rest Room 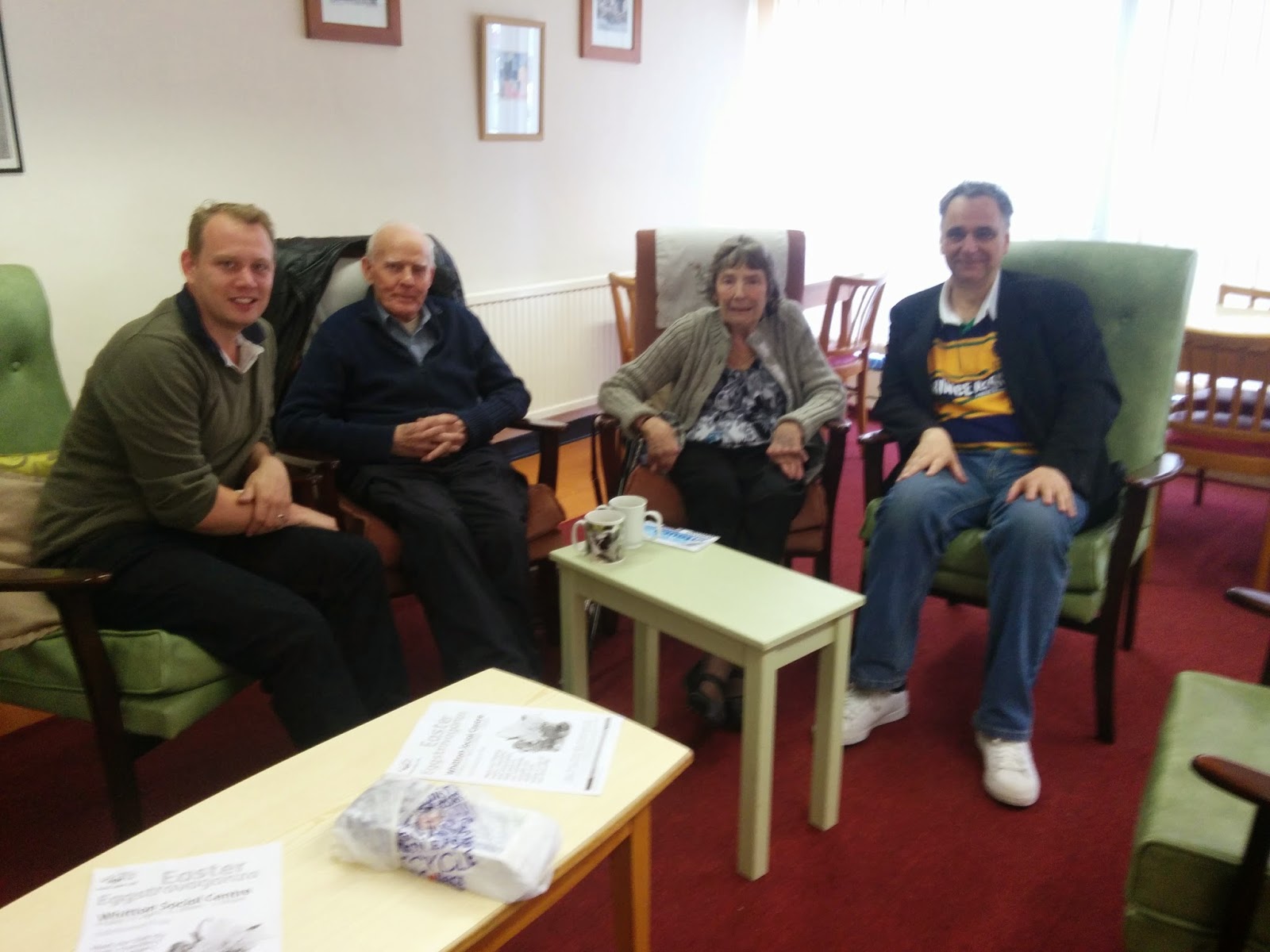 Cllr Gareth Elliott and Whitton candidate Grant Healy enjoyed a cup of tea with some of Whitton's senior residents today at the Whitton Rest Room.

Following Cllr Elliott's question at Council that ensured that this vital facility is safe in Conservative hands Gareth and Grant popped in to spread the news. Both enjoyed themselves as they shared stories of Whitton now and then and answered questions about the future of the high street and the library.

Cllr Elliott said of his visit: "Whitton Rest Room is run for the elderly completely voluntarily and enjoyed immensely by its customers. I am happy to say that this vital facility is here to stay and I will ensure that it stays that way. It was wonderful to pop in and I look forward to my next visit."
Posted by Gareth Elliott at 08:01 No comments:

Posted by Gareth Elliott at 04:15 No comments:

On Wednesday 12th March Whitton welcomed the Conservative London Mayor, Boris Johnson. Visiting to inspect the progress of the Uplift Programme, part funded through the Mayor's own Outer London Fund, he expressed his satisfaction with the regenerative works which have transformed the High Street.

The Mayor was met with large crowds of Whitton residents keen to speak to him and in his own indomitable style he sought to converse with everyone. He also took time out to meet with shop owners including Nix Flower Shop, Action Bikes and Ultralux.

Before leaving Whitton Councillor Gareth Elliott and candidate Grant Healy took the opportunity to highlight the state of Whitton station to the Mayor and sought his support in furthering its renewal and refurbishment.

Posted by Gareth Elliott at 14:47 No comments: